You are here: Home / Allyson / Why It Is Never Too Early To Start Saving 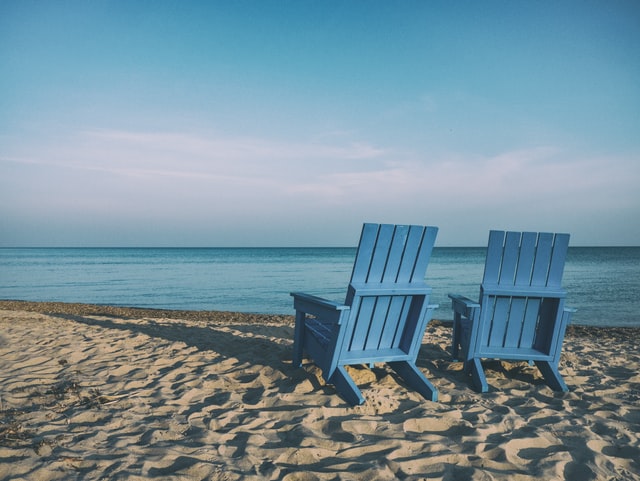 Saving money can sometimes feel like a chore. But it is actually the key to freedom and long-term prosperity. Without setting money aside, you have to perpetually fund your lifestyle from direct income. And that means working forever.

When it comes to saving, most people leave it too late. They spend their twenties and thirties just living paycheck to paycheck and then only really begin putting any serious money aside in their fifties.

In many ways, that’s the wrong way to live. Financially speaking, you are much better off getting in early and then allowing the interest to accrue throughout your life. This way, you can use time as your ally. Generally, over the long run, it is much more effective than income.

The Cost Of Delaying

You can actually work out how much it will cost to delay your retirement savings. Let’s say that you start putting away a small amount of money at age twenty – $100 per month. If you set it and forget it for the next 45 years, your retirement wealth will be $275,000 at 6 percent interest. So you’ll contribute a total of $54,000 and the rest will be interest.

The cost of delaying by ten years, therefore, is enormous. That’s because interest has less time to accrue on your savings.

When you think about it, that’s a big difference. $100 per month is a small commitment. If you earn a regular income, you’ll hardly notice it. $200 per month, on the other hand, is much more substantial.

Time Is Your Ally

When it comes to retirement planning, time is key. The longer you can leave your investments to grow in value, the more interest they will accrue. Eventually, the amount of money they earn will exceed your regular income per year, essentially giving you your current lifestyle for free.

What’s more, because the pot of money grows every year, so too does the amount of interest that it earns.

If you allow this process to continue, then each year that passes will grow your wealth. When your pot of money reaches $200,000, you’ll earn $12,000 per year and so on. The longer you leave it, the more it grows.

This process is what experts refer to as compound interest. It’s the idea that your interest payments rise every year and then contribute more to your capital, causing next year’s interest payments to rise as well.

Before we imagined a situation where you “set and forget.” However, it is actually a much better idea to regularly increase your monthly contributions as your income rises. This will improve your total retirement savings tremendously.

It doesn’t sound like a big difference, but the figures speak for themselves. You could make an extra $40,000 over a fifteen year period just in interest accumulation alone. So even if you are in your fifties, saving a little extra now can make a big difference to your life prospects.

Where you decide to save is very much a personal decision. However, you’ll want to avoid any products that don’t offer returns. So, for instance, you wouldn’t want to save in a regular savings account. These do not offer returns on your money. Instead, you need to buy income-generating assets. Long-term, that is the only way to build wealth.

Many people put their money into mutual funds. These are managed funds. Experts adjust stocks in the portfolio to reflect acceptable risks for the investor. Mostly, these funds invest in bonds and stocks. However, they may also buy real estate if appropriate.

Mutual funds are a popular way to invest for retirement because you don’t need to know anything about the investing world. However, they also charge high fees. Most funds will subtract 2 percent per year from your wealth to compensate them for their services.

Another saving option is cash deposits that earn interest. These typically pay low rates of interest, so you’ll want to avoid them for now. The situation may change in the future, though.

Another option is to invest in ETFs. These funds are not usually managed. Instead a company simply buys a bunch of shares in companies according to a set of mechanical rules. So, for instance, an ETF fund might buy a weighted set of all of the stocks in the S&P 500. In this setup, nobody is actively managing money, so fees are lower. But returns are still often good because the general market tends to rise over time.

You can also create retirement wealth by investing in property. Property generates wealth in two ways. First, property prices tend to rise over time. That’s because governments are rigging the game, limiting supply to push prices up further. Second, you can rent out the property for income. So through both of these methods, you can make relatively good returns.

In summary, start saving early and allow time to do the hard work for you.

« What Is Low Blood Albumin And How Can It Affect My Dog’s Health?
4 Tips to Take the Stress Out Of Planning a Big Event »