You are here: Home / Allyson / 3 Inclusive Innovation Methods That Are Changing The Status Quo 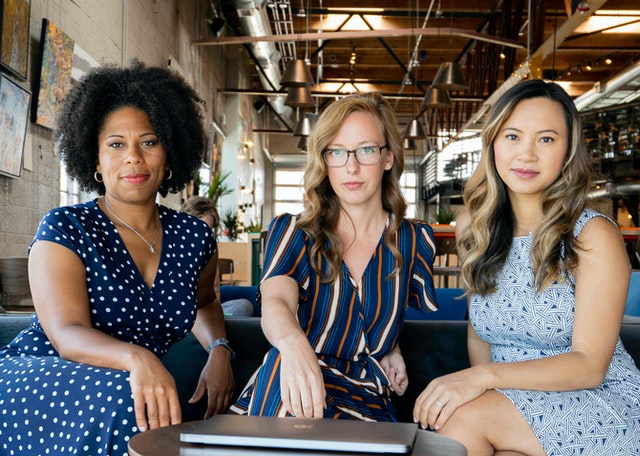 The last few years have seen some of the most sweeping changes in racial attitudes since the Civil Rights movements of the 1960s. The Black Lives Matter campaign which was sadly spurred on by the tragic death of George Floyd, and others, at the hands of police officers, has meant that millions of people all over the world have come together to affect positive change in communities, the workplace, and established institutions suffering from systemic racism.

However, protests and marches can only go so far, and although Black Lives Matter and similar movements continue, mass media coverage of them has dwindled, making it more difficult to gain exposure, which is why action needs to be taken by the larger population as a whole.

Some positive steps towards racial equality currently include, but are not limited to:

Banking systems and financial establishments have long been known to favor the white community significantly more than others and there are organizations being set up right now that are helping to establish an equal ground for black and Hispanic individuals and businesses that need access to capital while many companies have pledged to include more non-white employees on their hiring rosters, and racial awareness is being promoted throughout all sectors of society.

The vast majority of established and traditional financial institutions are widely known to be racially biased towards favoring white customers over black and Hispanic ones which means that traditional banking is actually systemically racist. Black and Latino underbanking has meant that there is a huge difference in ethnic homeownership vs. white; around 70% of the white population in America owns their own home compared with 40% of blacks, who have also been found to have been charged more property tax in some states.

This kind of inequality is being challenged by various organizations such as Change LLC which aims to eliminate the inherent and despicable racial inequality of the USA’s financial system by showing that the pursuit of happiness and the American dream is open to all, and not the chosen few which is why The Change Company to date has issued $10 billion in loans to over 50,000 black and Latino customers.

Discrimination in the job market of the United States is a real problem and one that persists to this day. Black people are twice as likely to be unemployed and will be paid on average 25% less than their white counterparts. One study found that resumes with “white-sounding” names such as Brendan Baker got 50% more positive results and callbacks than that of “black-sounding” names like Lakisha Washington from a series of 5,000 sent out.

While companies need to do more to cultivate diverse and inclusive workplaces in order to help everyone feel accepted and valued while promoting cultural knowledge, a 2-dimensional approach needs to be adopted. There has been a great success in cultural diversity issues by having an employee actually work inside another community or culture, or by having a male manager work with an all-female team, for example.

It’s a sad fact that even today there is racial abuse among adults in the workplace either by passive means and outdated stereotyping or genuinely socialized racism stemming from an individual’s external factors such as being raised in a culturally-insensitive group or by racist parents. A 2020 report found that 42% of employees had reported witnessing racism while at work but the actual number is thought to be much higher.

While most companies take a general approach to racial awareness, a more practical solution is often required. Embedded racial awareness and anti-racism attitudes are beginning to be interwoven into the fabric of a company’s identity with many re-evaluating their core principles and even erasing some questionable associations from their past. Uncle Ben’s, for example, will no longer use the term or the readily identifiable image of an old black man while the Redskins NFL team has changed their culturally insensitive name to the more appropriate Washington Football Team.

« Celebrating Your Events in Style
Tips For Finding A Sustainable, Non-Toxic Mattress »