You are here: Home / They Live / Shock & Ornaments: What To Do After You’ve Had A Break-in 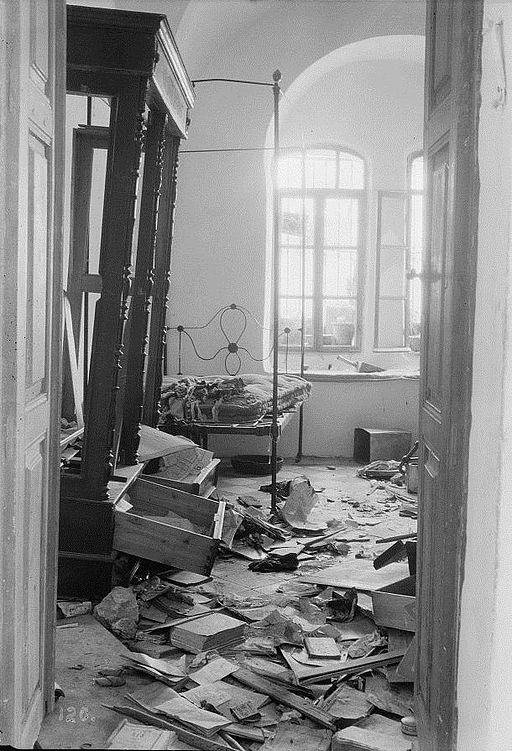 It’s not the most ideal of situations… you’ve spent a lovely time away with your significant other, getting lots of pictures while out traveling, and for doing so many memories, that the journey home was anticlimactic enough, but you’ve come home to find that you’ve been ransacked. Everything has been turned upside down, and as a result, so has your life. And while so many of us, thankfully, have never been burgled, if the situation was to arise, would we know what to do?

When we’ve come home to find that we’ve been broken into, we can be emotionally shaken, but we also have to think about what to do right away. Emotionally, it’s a lot to take on board, but what we have to do, despite the fact that we are upset, is to call the police, and get some friends or family to the house, especially if you feel you are unable to deal with the authorities yourself. Once you’ve called the police, if you have insurance policies in place, it’s time to call your insurance company or companies. It’s very likely you will need information from the police report to file an insurance claim, so it’s best to wait until you receive this. But what you should do in the meantime, especially if the majority of your house is left exposed, such as with broken windows and the like, is to secure the home for the evening. When you contact the insurance company, they can send out a contractor, but in the meantime, you may have to foot the bill yourself, especially if it is outside working hours. So, if the damage is easily secured, such as by putting wooden boards over the windows, or changing the locks, then it might be cheaper to do this yourself. If you feel particularly unsafe, it is worth changing the locks there and then, there are numerous suppliers in your local area, https://www.txpremierlocksmith.com/service-area/dallas-tx/ being one of many. If you don’t feel safe in your property, then you should stay with someone else in the meantime until the dust has cleared.

Put Your Practical Head On

As soon as the home is secure, you need to see what else has been stolen. If credit cards, car keys, and important items of identification have been stolen, then you need to report these to the providers. If your car keys have been stolen, it is worth contacting your garage to reprogram the electronic locks, or if you have an older model, speak to your mechanic to see if the locks can be altered in other ways. For the credit cards and other banking items, you need to speak to every bank individually, to get a new card sent out, but also to see if the culprit has already used your card. Depending on who you bank with, if there are any irregular spending patterns, they usually contact you about it, but it’s best of the very outset to inform them of these issues. After this, it’s time to itemize everything you’ve lost. The insurance company will ask you for a detailed list, and while everything is still raw in an emotional sense, the quicker you provide a detailed list of everything that was stolen, the quicker the insurance company can process the claim.

While you should let the police do their work, it could benefit you to do some of the detective work yourself. While a lot of clues are provided in a physical sense, you may find that some sort of digital footprint has been left. For example, if your television was stolen, you might be able to locate the thief through this TV, especially if it has Netflix. You might be able to track down them directly by locating the IP address. There is an article on https://www.theverge.com/2017/6/12/15783170/wireless-anti-theft-tracking-devices-roambee-latent/ that describes how Bluetooth can be used to catch a thief; and just after the event, it’s vital to remember that you could find clues through your digital devices. If your phone was stolen, you could change the passwords, but leave one unchanged, especially if it’s something like a streaming service, and you might be able to actually catch them in the act!

Preventing This In The Future

It’s an intrusion of the rudest kind, and this means that we can feel very unsafe in our own home. But we shouldn’t feel like this, so long as we take the appropriate steps to prevent this in the future. If you were shown by the police to have made big errors in how you kept your home protected, learn from these mistakes. If you live in an area that is prone to theft, you might want to consider a neighborhood watch, or at least start a social media group so those that haven’t been affected by this can remain vigilant, but also, it’s the more obvious approaches that can help. A burglar alarm or motion sensitive lights are two very effective deterrents. But also, there may be certain habits that you are used to but was the equivalent of a red flag to a bull. If you leave your curtains open all of the time and don’t have the lights on, especially if you are out a lot, burglars keep an eye on the times when you are not in the home, and once they establish a pattern, that is when they will strike. So, try not to be predictable, but also think about the obvious things that everybody does, for example, by hiding a spare key under the doormat.

After you’ve been subject to robbery, there are a lot of things to do, not just in terms of the police and insurance but also, making sure that you feel safe in your home once again. This may take some time to get your head around, but if this is the first time you’ve ever been burgled, then you will have learned a few very important lessons.

« Pesky Situations Where DIY Just Wouldn’t Be Suitable
Is Your Workplace Offering You What Your Career Needs? »