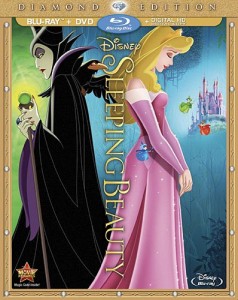 Finally releasing from the Disney Vault, Disney’s ultimate princess fairytale classic “Sleeping Beauty” will be available for the first time on Diamond Edition Blu-ray, Digital HD and Disney Movies Anywhere on October 7, 2014. Experience all of the pageantry and power of this wondrous tale on Blu-ray – and for the first time on Digital HD – with incredible high definition picture, thrilling, soaring sound, and all-new Diamond Edition special features that make this a must-own for every family’s classic collection!

The Good, the Bad and the Ugly

Princess Aurora (16 year old both beautiful and good), daughter to the King and Queen
King Stefan (he’s a dad!)
Queen Leah (she’s a mom!)
Three Good Fairies (Flora, Fauna and Merryweather) (who give gifts of beauty and song to the princess, but before Merryweather can give her gift Maleficent arrives with a curse)
Prince Phillip (who gives the KISS to wake SB up!)

Maleficent (the evilest of the evil, this bad lady places a curse on SB – when SB turns 16 she will prick her finger on a spinning wheel and die). 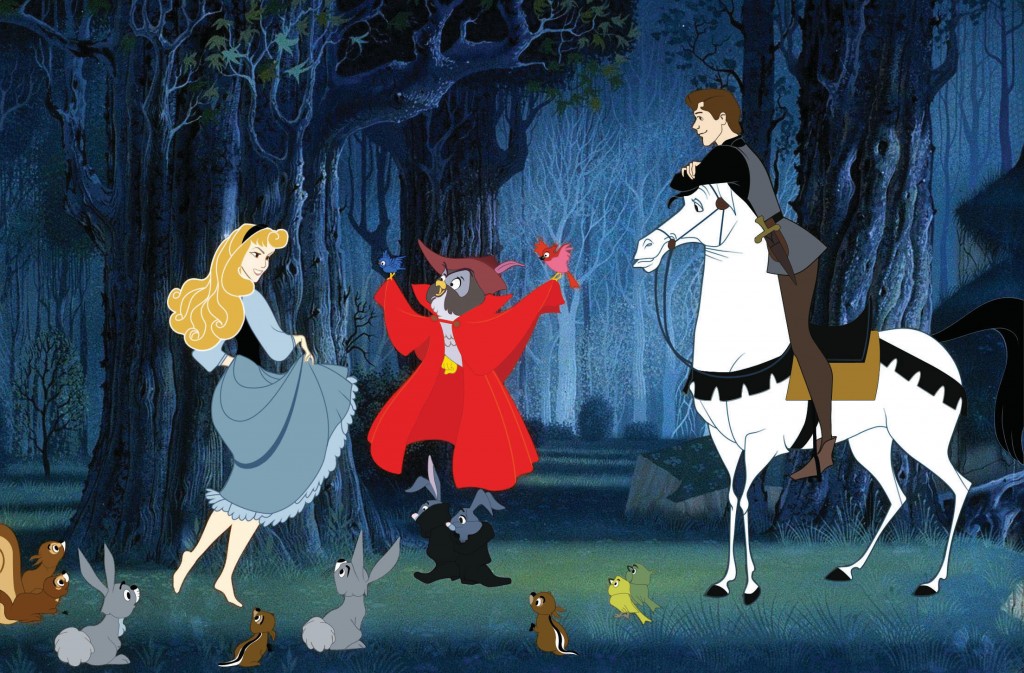 ONCE UPON A TIME: The Story

King Stefan and Queen Leah have a happy event when their little daughter is born, and she is named Princess Aurora. She as is the tradition of the land is betrothed to handsome and good Prince. The celebration of the betrothal is attended by the three good fairies, Flora, Fauna and Merryweather who come to each give her a gift. However, when the evil Maleficent finds that she has not been asked to attend the ceremony, she explodes and casts a death spell on the baby. When Aurora turns 16 she will prick her finger on a spinning wheel and die.

The three good fairies are appalled and place all their powers together to change the spell from death to a deep sleep. This sleep can only stop when Princess Aurora is given love’s first kiss.

The King and Queen justifiably are terrified and send their infant to live with the good fairies in their little woodsy cottage until after her 16th birthday. And sadly no magic can be used by the fairies to protect their little darling as any magic will immediately bring Maleficent to their door.

Briar Rose (as the fairies call her) grows into a beautiful teenager, meets and falls in love with Prince Phillip. But suddenly it happens: Briar Rose pricks her finger and falls under the spell of sleep. As Maleficent ponders what to do, she decides to find the Prince and hold him hostage, but of course he escapes with the good fairies help. And then Maleficent becomes an evil dragon to stop Briar Rose and the Prince from escaping her. All goes well however, and as the Prince kisses Briar Rose, tenderly, she awakens and becomes Aurora again and the Prince and Princess live happily every after. 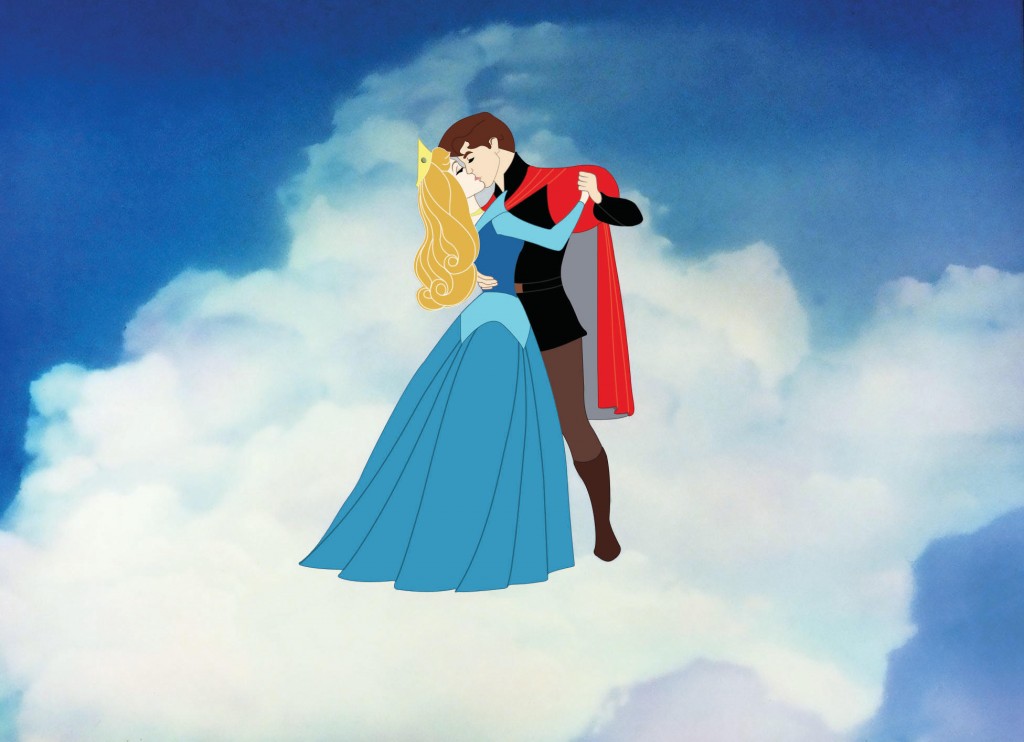