You are here: Home / Fun / Behind the animation scene – Wreck-It Ralph

Recently Broad Z had the opportunity to get a peek at JUST what goes in to the process of making an Oscar nominated animated film when she visited Disney Animation Studios.  While we know “Z” is not much for animated movies, you’d be surprised to learn that she actually LOVED Wreck-It Ralph. Let’s find out why…. 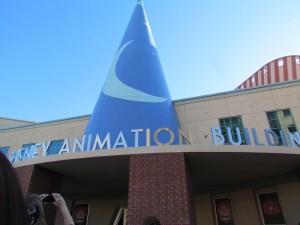 It’s true, I’m not a HUGE animation fan (with the exception of those counter-culture flicks of the 60’s & early 70’s), but that’s mostly because I honestly can’t say that I’ve had the opportunity to sit down and watch them. Spending the day at the Disney Animation Studios gave me an entirely NEW perspective on the creation of a full length film like Wreck-It Ralph.

Once in the hallowed halls, I was ushered into some VERY special rooms for a back of the house look at:

What’s a movie without a story behind it? Since animation movies are built on visuals, it’s all about the storyboard artists!  It was FUN to watch the progression of a first concept of a character to what YOU and I get to see on the screen. Story artist Raymond Persi gave us an inside look at the creative process and character development. From rough pen and ink drawings to what the viewer sees on screen I was ASTOUNDED by the variations that the artists produce until they get JUST the right look and feel. 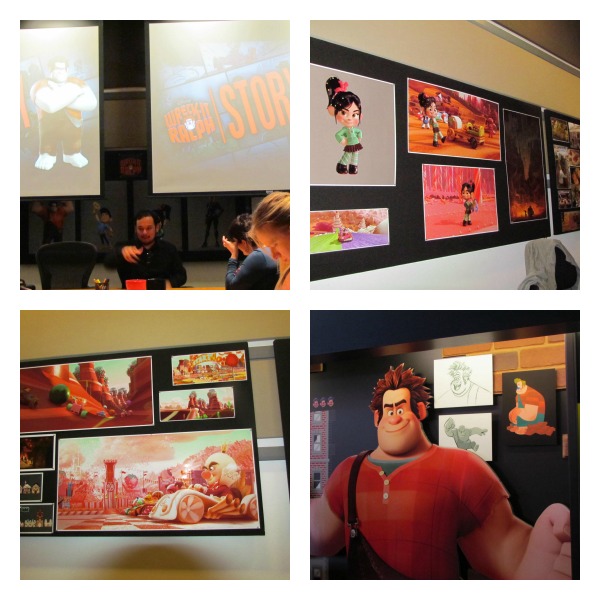 The progression of set, character and story are brought together by animators at this stage. I had the distinct pleasure of hearing Mike Gabriel and Bill Schwab banter back and forth as they took us through the paces that they had while transforming Ralph from a simple drawing to an animated character that plucked at our heartstrings.

The opportunity for a hands on rigging using the wonderful MAYA 3D Animation software was both fun and frustrating. Maybe I’m just too old a dog to learn new tricks, but it gave me a fresh perspective on the intricate process of moving animated characters.

While my rigging leaves much to be desired, I found that using the motion capture equipmenIt was MUCH easier. WHY? It’s MEANT to be. This way artists, directors, and those who are working on the film can actually SEE what it would look like to move, jump, and use a camera with their characters as if they were on a set with REAL cameras. Thanks to a little guidance from Evan Goldberg, even I could make things happen on the screen.

Animator Amy Sneed has quite a job to do….making Ralph REAL for all of us who are watching. She let us in on a few of her “secrets” and I’m hoping that she doesn’t mind my sharing. Did you know that animators like Amy will actually ACT OUT A SCENE from a movie and video themselves to see JUST how it would look “in real life?” Yes….and she showed us (it was SO cute). Unfortunately we were on “super secret lockdown” and couldn’t take photos. 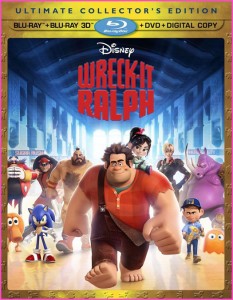 We also had the opportunity to learn how to use a digital copy (so that we can get in EARLY on the release). It’s as easy as inputting a code or using iTunes! I love that you can play the digital copies on multiple devices from your computer to your tablet and even on a smartphone!

For more about Wreck-It Ralph check it out on

You’ll be able to purchase Wreck-It Ralph on blu-ray and DVD March 5th!

This post was facilitated as a result of a press junket. All opinions are strictly my own.