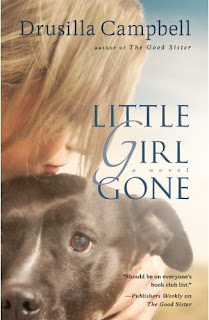 Author: Drusilla Campbell
Madora is seventeen, from Yuma, Arizona.  Her mother Rachel, hides in television since her husband went out into the desert and shot himself in the head.  Rachel does not have the energy to pay attention to her seventeen year old daughter.  Madora chases drugs, parties and men with her friend Kay-Kay and one night finds herself at a party that overwhelms her.  She follows Kay-Kay into a room where people are doing crank, and Kay-Kay tells her to try it.  Madora gets one whiff and has a bad trip. Sitting on the steps outside, trying to clear her mind, she meets a man coming toward the steps.  His name is Willis and he tells her he will rescue and take care of her.  Mindlessly accepting Willis’ words, Madora goes off with him to isolated Evers Canyon, and they live in an old cabin with an ancient Great Dane trailer in the back.  The landscape includes old trucks, and rotting metal, as the end of the canyon road serves as a dump.  The nearest town is Arroyo, and they live on the fringe of the Cleveland National Forest.  She and Willis have lived here for four years.
Willis serves as a home care provider although he believes that he is worthy of much more.  Willis kidnaps a young pregnant girl and imprisons her in the trailer until she has her baby.  He sells the baby and keeps the $25,000 cash, telling Madora that he is saving for med school.  Willis’ father was a doctor and Willis was a Marine medic.  As he leaves the house more and more to engage in sex with imprisoned and street wise Linda, Madora starts to realize that she is in deep trouble.  One day, a young 12 year old boy, Django Jones, rides his bike up to the house and although Madora is scared, they become friends.  Django’s famous rock star parents Caro and Jacky Jones, have just been killed in an accident, and he has had to come live with his spinster aunt, the sister of his mother, because his step brother cannot care for him.  Moving from Beverly Hills and an extravagant lifestyle, Django is having a hard time with his grief and the outward unfriendliness of his small town school, where he is treated like a reject.
As Madora, with Django’s help, begins to face reality, Django and his aunt, Robin begin over again as family.
Good plot, well written, good characters.  I believe that Campbell gives us interesting and semi-complex characters without judgment.  Her theme, transcendence, is well depicted in both Madora and Django as they refuse to be victims.  Django jumps right out at us, and both characters fall into our hearts.
Little Girl Gone

can be purchased at Amazon.com and booksellers near you.

Overall: 3Review by Broad “A” – Ava We received a copy of this title for our book review. All opinions are our own.