You are here: Home / They Watch / DVD Reviews: Never Let Me Go 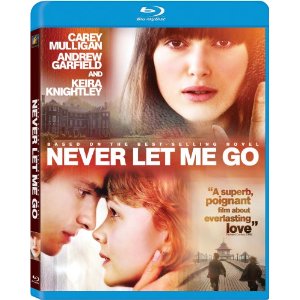 I originally attempted screening this as a couple watch (me and the wife to be) but I decided to take it on alone. This was due to the realization that this may or may not be a snooze fest.  I was also worried about the
watch because all my smart friends who had read the book said the film was weak, yet by friends that had only seen the movie said the film was beautiful.  I was really excited about the sci-fi romantic drama.

But first a synopsis:

It really is hard to talk about the plot without any spoilers—don’t read on if you want to stay casually uninformed—In an alternate version of the 1950s, a breakthrough in medical science allows the average human lifespan to exceed 100 years. The problem is that this is because of cloning and harvesting organs. The clones are raised at a boarding school called Hailsham which is out of sight and out of mind from the public. These clones are only vaguely told what it going to happen.  Also, this school really feels and looks like a private boarding school for the super rich.   The students wear wristbands that seem to act as tracking devices and repeat horror stories about older kids who ventured past the school gate and were never heard from again. 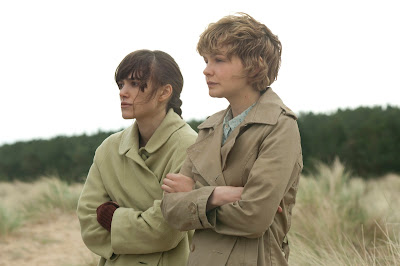 It’s here that we meet perceptive, Cathy (the shy girl) who has a thing for Tommy (a particularly against young man), only to have him stolen away by her best friend Ruth (the pretty but insecure alpha female). It’s a classic love triangle, but heightened because they will never hit middle aged.  So, after graduating from Hailsham, the
three are relocated along with Donors from other schools to “The Cottages” (A farm where they’re largely left to their own devices while awaiting their first assignments). They seem submissive to their fate, aware that there’s no way to stay away from the unavoidable.

Sorry for spoiling the entire movie.

Honestly, it really is a difficult 103 minutes to sit through.  Forget the Sci-Fi angle; it’s insignificant, except as a stepping-off point for a story that reveals great truths: That life is short, your choices have consequences, and at the end none of us may feel we’ve had enough time to love, or just get things right. But I can safely say… 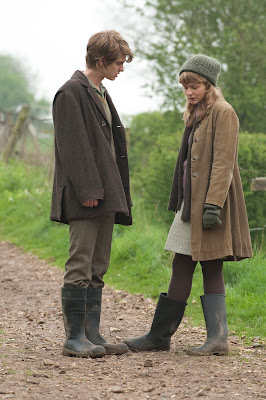 I felt defeated as I watched this film it was abuse to me.  But, in a great way you live and die with the characters.  The film is also shot beautifully.  It really looked amazing.  The acting was supurb.  There was only one complaint, the middle dragged along a bit too much but it was completely necessary to gaining an understanding with the characters and attaching yourself with them.

The features on this were really weak except “The Secrets of Never LetMe Go” witch was a fantastic making-of-doc.  There were also two features of art from the production of the film and a gallery of fake
posters for Hailsham and the National Donor Progam.  I was really disappointed with the fact that there was not commentary. I would really have enjoyed what Romanek had to say about his film.

Overall, this was the most emotional film I have seen this year.  It was brutal if you have the least bit of heart and even attach yourself to the characters at all.  But a hard watch.  Bring a box of tissues.

is available wherever DVDs and blu-rays are sold.