You are here: Home / They Watch / DVD Reviews: The Girl by the Lake 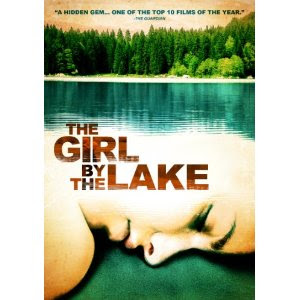 The Girl By the Lake (Sub)

It has dawned on me that all American film feels contrived because of over complication. This film is so simple. “Girl By the Lake” took the time to perfect the art of Murder Mystery. This film is most reminiscent of Twin Peaks or the first two acts of Brick and Girl with
the Dragon Tattoo. While from these contemporaries you would assume that this film is a noir, it is not – it’s just a basic craft murder mystery filled with half truths and investigative drama.

Things start when a six-year-old who has spent the night with her aunt, is sent home, but on her way is talked into mounting the van of somebody. Her safe trip home is derailed. Inspector Sanzio arrives in these parts and his instincts were immediately awakened by Marta’s
disappearance. Anna Nadal is found dead by the side of the lake, arranged in a peaceful position and with a coat over her naked body.

I am not going to lie, the film is very procedural with all of the police work, but to me this is much more compelling than chasing murders in a fedora with a pistol in hand. The procedural slow burn really works well with the film’s lead actor (the amazing Toni Servillo). The camera lingers for a few extra seconds on each of the suspects and inspector really flushing out character. This film is like a game of Clue  right after you guess the wrong answer. It is very important as a viewer to really not to go too fast in trying to figure the mystery out, as all attempts at guessing who did it are futile.

The Inspector’s subplot with his wife is completely brilliant. I refuse to mention anymore about that because it is just so heartbreaking (but not in the way that one would assume for reading that statement). It really puts so many dimensions to the films protagonist even though he is intentionally played so flat and procedural.

This films climax is completely anti-climatic. With American murder mysteries the viewer assumes a big show down between the good guy and the bad guy with guns drawn, however here the film climaxes in quiet
conversation. I freaking love the Italians, so simple and perfect.

I only have two complaints – the subtitles were not very accurate, I just got the feeling the words in Italian had much more impact.  The English subs just felt like they missed a step and were rushed. The picture quality was also a bit subpar, and I would love to see this re-mastered on blu-ray. The film artifacts were blurring much of the texture of the film.

I am really excited to see what this director does next. This is highly recommended.

Ratings are based on a 5-star scale
5 police documents out of 5.

NOTE FROM BROAD Z – OMG – this is the FIRST 5-star review that Bro’ B has EVER done. Hey Mikey, he liked it!

We received product in order to do this DVD review. We were in  no way compensated and all opinions are strictly our own.