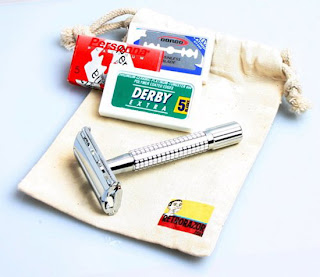 When I received my new razor to review from Retro Razor I was a little wary. I tend to be a little klutzy and I had visions of pieces of tissue dotting my entire legs.

Living in South Florida it’s important that I have a good razor as I spend year round either in a skirt or a pair of shorts. I’ve always used disposable razors. With all of the buzz about going GREEN I’ve became aware of the impact of my tossing out plastic handled 4-blade razors on the environment. Other than the decision as to whether to shave with one blade or up to four, I’ve always felt that a razor is a razor and it didn’t matter what brand, type, etc. that I used. But, that’s because I just hadn’t found a razor that shaved close and still offered me the safety features of those disposables.

Chadd Bennett of Retro Razor warned me that I’d fall in love with this Old Fashioned single blade razor before I even tried it. He’s a nice guy, but he really doesn’t know how I really dislike change. As promised, I lathered up and tested this sleek Old Time razor. 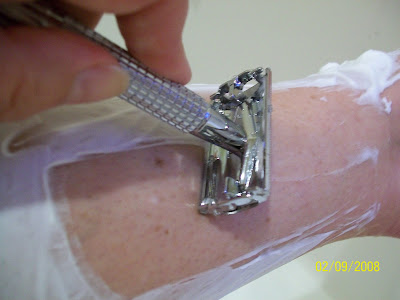 Here’s what I found

Retro Razor is offering 10% off to The Review Broads readers with the
PromoCode: MOMBLOGS