You are here: Home / Food / How to Reduce Your Meat Consumption and Enhance Your Meals

Lots of people are now doing their best to eat a little less meat each day, and it might be something that you’re interested in doing too. It’s good for the planet and it’s good for your health as well, as long as you approach it in the correct way.

If you’re not sure where to start but you know you want to make a change, we’re going to take a look today at some of the things you can do to reduce your meat consumption while also enhancing your meals. That way, it doesn’t need to feel like a burden. So read on and learn more.

Start with One Meatless Day a Week

A great way to start reducing your meat consumption is to choose one day of the week on which you’re not going to eat any meat at all. That way, you can get into the habit of not eating meat and you’ll probably realize very quickly that it’s really not that difficult and not that much of a big deal at all. You have to start somewhere and making one day a week meatless is pretty painless.

Start the Day with Fruit, Nuts and Grains

The way in which you start your day has a big impact on how the rest of your day goes. That’s why you’ll want to cook a breakfast that’ll give you the energy you need and set you up for what comes next. Maybe you’re used to cooking bacon and eggs for breakfast, but that might have to change if you want to reduce your meat consumption. A healthy and energy-packed alternative is a combination of fruits, nuts, and grains such as granola. Add some yogurt and it tastes great.

Use Jackfruit Instead of Chicken in Your Cooking

Lots of vegetarians and people trying to eat less meat find creative replacements that allow them to achieve the outcomes they’re looking for. One great example of this is jackfruit. It might sound strange to add a fruit to your meals in the place of meat, but jackfruit has a very similar texture to chicken and it makes for a more than adequate replacement in all kinds of meals, so give it a shot. 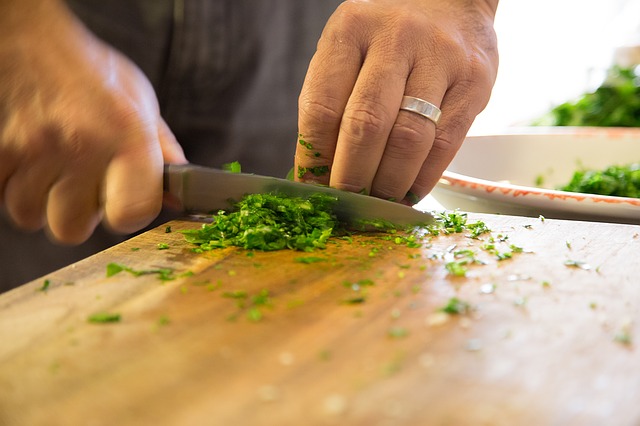 One of the things people sometimes struggle with when they’re trying to make changes to their diet and trying to eat less meat is feeling full or not feeling full enough. If you feel hungry all the time as a result of the changes you’re making, you’re probably not going to want to stick to them for very long. That’s why you should try to eat as many whole foods as possible because they make you feel fuller for longer.

Another food that lots of people use to replace meat in their meals is the humble mushroom. It has the texture that makes it perfect for replacing meat and it offers plenty of health benefits too. There are also so many different varieties of mushrooms, as well as so many great ways to cook them and combine them with other ingredients. You should give this sauteed mushrooms recipe a try if you’re looking for some inspiration for what to do with them.

Get Inspired by Indian and Mexican Vegetarian Cuisines

Getting inspired by different cuisines around the world that don’t necessarily eat as much meat as we do is a good idea too. A couple of great examples are Indian and Mexican cuisines, which both have a lot of vegetarian options. Cook some vegetable curries and samosas and you’ll soon see how much can be done without using meat. And Mexican food relies on things like beans for protein rather than meat.

With so many people trying your vegetarian, vegan, and flexitarian lifestyles these days, there are more substitute options than ever before. Some of these are barely distinguishable from the real thing and you should give them a try and see if you could make the change on a regular basis. You might be surprised by what you find when you do so.

As you can see, there are lots of things to think about if you’re trying to reduce your meat consumption going forward. The sooner you start thinking about these things, the sooner you’ll be likely to make that leap. There’s never a better time than now to get started if you want to improve your diet and eat less meat.