You are here: Home / Allyson / How You Can Help Your Child Get A Good Start in Life

And that does, of course, put some added pressure on parents. If it helps, all you really need to do is avoid doing anything too drastically bad. But if you can make some positive improvements, then all the better! In this blog, we’re going to look at some of the best ways to help your child get a good start in life. 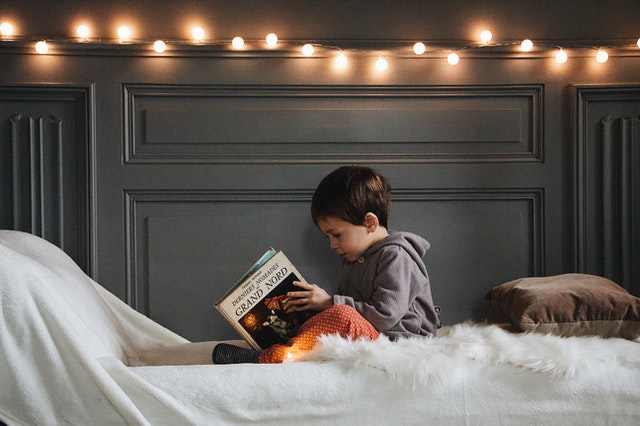 Creativity isn’t something that just happens to people. It’s something that they actively water. You can make sure that the tap is on by creating a broadly creative environment for your child. If there are books and art in the home and creative tools to play with, then they’ll naturally be flexing their creativity. And that can have far-reaching benefits on their life. Even if they’re not an artist, they’ll likely be more open-minded and better at critical thinking than if they didn’t have that environment.

You’re going to be there in the formative years of your child’s life. But you’re not going to be there all their life. When they reach adulthood, they’ll be setting off into the world on their own. And how will they do when they’re out there? That’ll depend on how much freedom to play they had when they were younger (in part, anyway). Some self-guided exploration as a youngster can ensure that they’re more comfortable on their own. So rather than holding their hand through everything, look at giving them space to be themselves.

A person’s level of education is perhaps the best indicator of how successful they’re going to be later in life. Much of a person’s attitude towards the education system — and learning in general — comes from their early experiences. If they have a positive and encouraging environment, then they’ll be more likely to do well throughout their entire education journey. You can make sure that they’re getting the best start by playing an active role and making sure it’s something that they enjoy from day one. For instance, you can do this by looking up some kindergarten math concepts and then working with your child to give them a head start. If they’re at the top of their class, they’ll probably want to stay at their level, too.

You can’t always control what happens to you in this life. But you can control how you respond to things. Indeed, sometimes, that’s about the only thing that we do have. Hopefully, your child won’t have to deal with anything that requires a response from them. But it will happen one day. If they have good values, then they’ll always be able to navigate life well. Of course, it’ll be up to you to determine what those values are. But if you’re broadly teaching respect, care, hard work, self-love, and more, then it seems unlikely that they’ll go too far off the path of righteousness.

What percentage of adults would be able to say that they’re doing the job they dreamed of doing when they were younger? Not too many, we guess. And it’s not because they weren’t talented enough — it’s because they didn’t pursue their dream as much as they could have. One of the best gifts that you can give your child is teaching them to follow their passions. They might not ever make a living from whatever it is that they enjoy, but that’s not important — what is important is that they follow their dreams until the natural conclusion. If they have that mindset, then they’ll always go far in life.

Finally, let’s think about emotions. These pesky things are something that many adults have problems with, but that’s mostly only because they weren’t taught anything about them as a child. If you learn how to recognize and process your feelings at an early age, then you’d have a great advantage later in life. After all, a lot of emotions are going to come your way! There are many ways to do this, including hosting family meditation evenings and the like. It’ll be one of the best things you can do for them.