You are here: Home / Allyson / What Should You Do When You Experience Discrimination At Work? 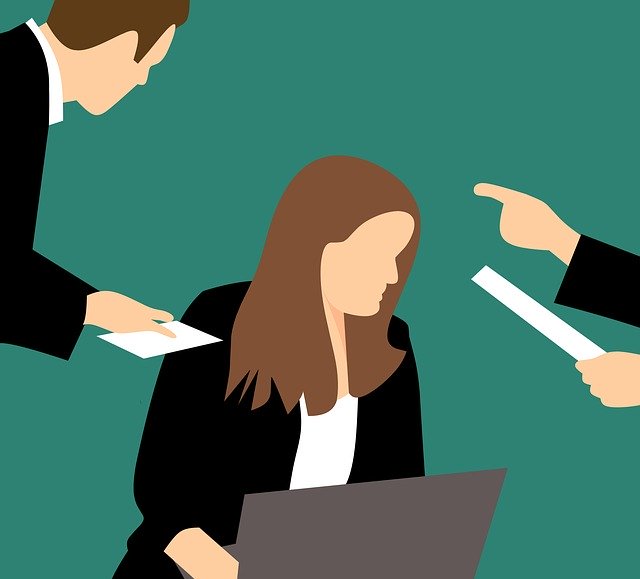 Discrimination can happen for all sorts of reasons. You might be discriminated against due to your race, gender, age, pregnancy, disability or several other factors. And it can affect you either directly or indirectly. Direct discrimination might mean you are the target of harassment, abusive comments, or inappropriate jokes. This form of discrimination is explicit and easier to prove. Indirect discrimination, on the other hand, is more complicated, but just as damaging. It can result in inequities in pay, job titles, and career progression. It could mean that you are denied certain benefits or treated differently to other members of the team. Although there are laws in place and mandatory training to prevent these kinds of things from happening, some people just can’t get the message.

Some people suffer in silence to avoid making things worse for themselves, but no one should ever have to be the victim of discrimination. If unchecked, workplace discrimination could become even more damaging and affect more people. It is always the right thing to take a stand, no matter how difficult it may be.

If you have experienced discrimination in the workplace, for whatever reason, there are some clear steps to follow.

Whenever discriminatory behavior occurs, keep a record of it immediately. Make sure to note the date, the time, an accurate description of what happened, and the people involved, including witnesses. Include as much detail as possible, and don’t keep it stored on a company device or you may risk losing it. Write it in a notebook or the Notes app on your phone.

Find out the procedure

Most companies will have an employee handbook which should detail the actions to take in the event of discrimination. It will tell you who to report the behavior to, and details of the process to go through. You will usually have to speak to either a manager or your HR department. However, if the person you are supposed to report to was involved in the discrimination, then you will no doubt feel more comfortable going to another party, such as the company owner or another high-level worker.

It is a good idea to put your claim in writing before meeting with management to report the discrimination. This is important to ensure you cover everything and don’t miss anything out. It’s easy to get upset when recounting the events and forget crucial details. Your employer is legally obligated to investigate the discrimination and take action to prevent it from occurring again.

Consider getting outside help

If your employer refuses to take action or you believe they have not done enough, it may be a good idea to get outside legal advice. This is not only for your benefit, but the benefit of anyone else who might suffer from similar discrimination in future. There are many legal firms who specialize in specific types of discrimination—for example, the San Diego Disability Law Group or The Employment Law Group. Your attorney will be able to advise you on the next steps to seek legal action.