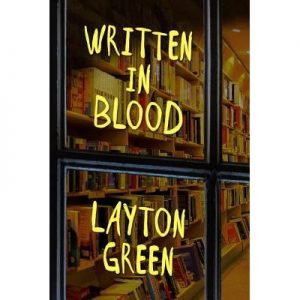 Detective Joe “Preach” Everson, formerly the best homicide detective in Atlanta, Georgia has ever seen, has returned home to his hometown, Creekville, N.C.  His career has derailed when he suffered a nervous breakdown. His last case in Georgia Preach had to hunt a serial killer murdering children in a diabolic manner.  The case came too close to Preach’s childhood memories, wherein his young cousin Ricky died a horrible death when his car exploded and melted Ricky’s face and body.

A former prison chaplain, Preach is an ESP – extremely sensitive person and he is distraught when he must return to Creekville, home to his memories despite his otherwise impeccable record.  It is the only detective job offered to him after he fell apart in Georgia.

In Creekville, Chief Higgins, a woman, has hired Preach based on one condition: that he sees a therapist and gets a certificate of clearance; i.e., that he is sane.  For Preach has seen some horrendous stuff in the past years – and he has no idea that Creekville is ready to dish up more horror in the guise of a serial killer who sets up the crime scene to represent murders in famous books.

is that of a bookstore owner, killed in the same manner as Dostoyevsky’s protagonist in Crime and Punishment.  And when Preach and his new partner Kirby arrive at the crime scene, Preach meets Ariane (Ari), a part time clerk in the bookstore attending law school.  She immediately recognizes the passage in Crime and punishment as she is a literary genius, and imparts the meaning to Preach.  As sparks fly between Ari and the handsome blond detective, Preach realizes that he needs Ari’s help on the case – but he has to keep his distance.

Murder Two draws Preach and Kirby to the next crime scene, with the victim set up as Edgar Allen Poe’s protagonist in the novella Murder in the Rue Morgue. The murderer has staged the victim and the scene exactly the same way as Poe’s victim in the novella.

Now alerted to the possibility of more literary murders, Preach, Kirby and Ari struggle with the odd clues while pursuing their own demons.

Murder Three is of a local lawyer, Elliott Fenton, and suddenly Preach realizes the connections between the newest clues – a scene out of Agatha Christie’s Five Little Pigs.  All of his victims were high school friends, including the elusive serial killer and they were all involved in a secret literary society called the Byron Wilderness Society.  And the four friends were somehow involved in the suicide of one of their classmates, Deirdre Hollings.

As Preach and Ari devastate the clues, Preach has to face a horrible twist as he discovers the meaning of the last book that points to the 4th and final murder – Lolita.  Green catapults his characters into a plot labyrinth and pulls us out at the last minute; all engines on, it’s Green at his best.

« Kiss Me Kate…but make sure it lasts!
Book review: The Integrity Advantage »