You are here: Home / They Watch / La La Land – The Movie of the Year

We recieved a screener from Lionsgate to facilitate our review. All opinions are strictly our own. 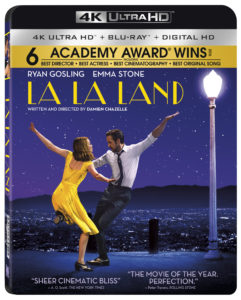 I watched Whiplash 8 times.  Yes, yes I did.

Remember the first time you went to Disneyland?

The awe, the joy, the grand gestures, It’s A Small World, EPCOT, the Imagination that clung like leaves to every single square foot,  There.  That is what the movie La La Land did for me.  Enter joy, grandiose Los Angeles, the nostalgic 60’s, the finned cars, the feel of air in the wind in your hair in your convertibl,e the smell of leather of the seats, the RIALTO showing the newest Betty Grable movie, the sun, the freeway, the surf, the HOLLYWOOD sign, the air of resignation, the air of hope that dreams all come true, the NBC peacock…this is not a movie readers, this is an EVENT. And what a luscious and lush event at that. 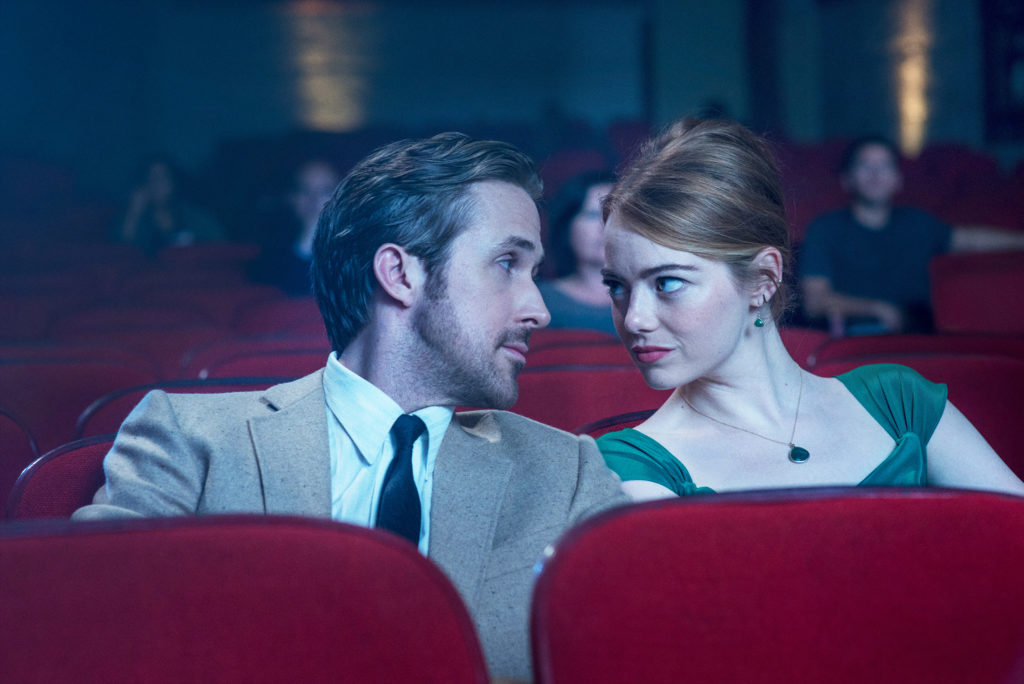 As we enter the world of Hollywood and Vine in a 60’s setting, we meet Mia (Emma Stone) and Sebastian (Ryan Gosling) as Mia runs into Sebastian on the Freeway and Seb cuts around her in his much finned convertible with a snort.  They meet again when Mia (working as a barista in an LA coffee shop) sees Seb again when she inadvertently goes to a nightclub where he is playing piano.  For Mia is an aspiring actress and Seb an aspiring jazz pianist.  As they meet, fall in hate and then love, and pursue their dreams, La La Land turns every stereotype romantic musical on its head and triumphs in every single aspiration.  As we meet this couple we meet Los Angeles, all the old Los Angeles standbys and haunts of the 60’s wound into a whirligig plot that gets better and better each scene.  Cinematically genius, La La Land cannot remain in stasis:  we whirl and twirl with this enchanting, genius of a movie and come back for more.  The City of Angels has never been more tempting or vital, and John Legend’s Start a Fire does just that.  City of Stars, the theme song and one that Sebastian writes for Mia is incomparably perfect.  Like a diamond, every single minute of La La Land declares itself a gem, and the ending is retro and absolutely stunning.  I know, adjectives galore, but I have no words except to say please don’t miss this once in a lifetime film as you will leave the theatre with spring in your step and a smile on your face.

Winner of 6 academy awards, 7 golden Globes, La La Land is the movie of the year. 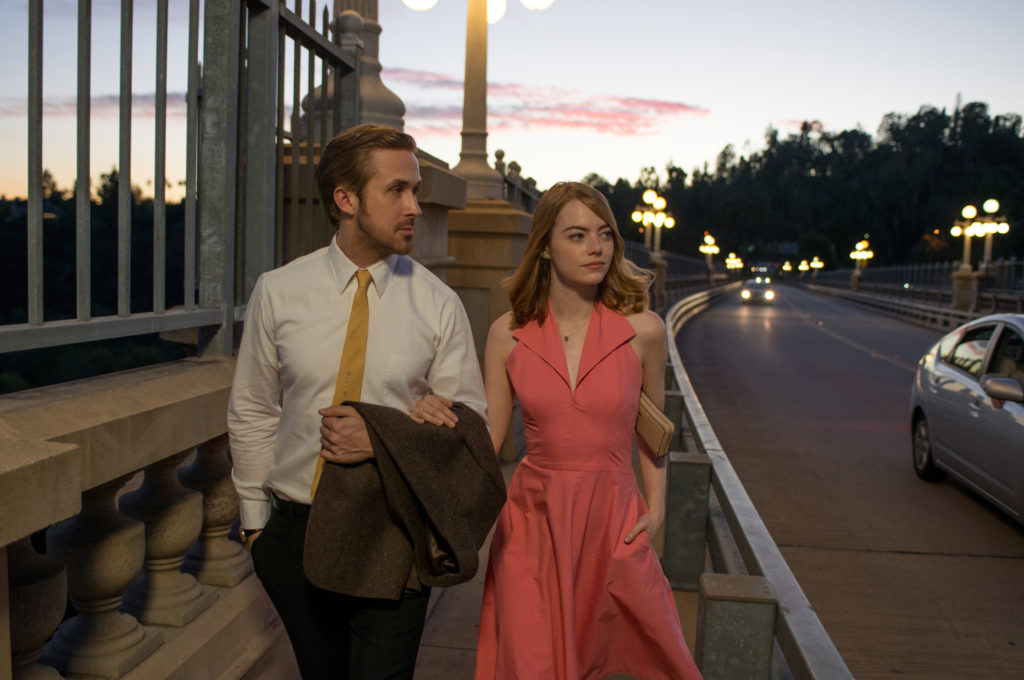 “Damien Chazelle’s follow-up to ‘Whiplash’ is an L.A.-set musical starring Ryan Gosling and Emma Stone as a couple of Hollywood strivers who fall in love. If you’re going to fall hard for Damien Chazelle’s daring and beautiful La La Land, it will probably be at first sight. There’s never been anything quite like the opening sequence: Traffic is at a standstill on the high, curving ramp that connects the 105 freeway to the 110 leading to downtown Los Angeles. Most of the cars are occupied only by single drivers, who are all listening to different music. But after a moment, instead of just sitting there simmering, somebody gets out and starts singing and dancing. Soon someone else does the same. Then another, and yet another, until a bad mood has been replaced by a joyous one as the road becomes the scene for a giant musical production number set to an exuberant big-band beat. Written and directed by Academy Award (R) nominee Damien Chazelle, LA LA LAND tells the story of Mia [Emma Stone], an aspiring actress, and Sebastian [Ryan Gosling], a dedicated jazz musician, who are struggling to make ends meet in a city known for crushing hopes and breaking hearts. Set in modern day Los Angeles, this original musical about everyday life explores the joy and pain of pursuing your dreams.”

There is simply no way I could have said it better!

« They May Not Mean to, but They Do – review
Stork Mountain – a review »