You are here: Home / Fun / Books / A review of: America the Anxious 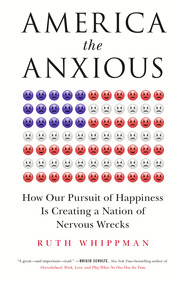 Stop watching the elections – and read America the Anxious!  An outstanding revelation of how Emoticon America seeks happiness, America the Anxious is a stunning representation of how we as Americans have passed the Ugly American stage of 1958, (a study on political self-absorption whilst in Southern Asia by American military Eugene Burdick and William Lederer)  and entered into the Self-Absorbed Stage of meditation, plastic surgery, winning the lottery, spending billions of dollars on self-help materials and weeklong sit ins for everything you ever wanted out of life in fifteen minutes. Ruth Whippman, a British journalist moving to America with a young baby and busy husband, encapsulates America’s search for the Holy Grail of happiness in America the Anxious.

And she rings a loud bell!  “Happiness in America has become the overachiever’s ultimate trophy,” Whippman states.  “Despite being the richest nation on earth, the United States is, according to the World Health Organization, by a wide margin, also the most anxious, with nearly a third of Americans likely to suffer from an anxiety problem in their lifetime.  America’s precocious levels of anxiety are not just happening in spite of the great national happiness rat race, but also perhaps, because of it.”

As Whippman travels through Facebook posts from Americans (positive messaging please) versus the dour posts from Britons (negative and despairing) to playground moms pitching their need to keep their toddlers happy, to the grocery store aisles and the media – Americans pursue a constant state and need of happiness.

As Whippman attends a self-help course that attracts hundreds of Americans, she discovers that we are all responsible for our problems and we need to buck up and change; as she travels to a city of “happiness” in Nevada in the desert, she looks at why this city has the highest suicide rates in America; and then she checks out the Mormons in Utah who are supposedly the happiest Americans of all.  As she explores companies like Google and Facebook who give their employees free food, beer, and self-help gurus, we see how corporate America wants Americans to never go home – as if we don’t as a country work more hours than other countries in the workplace.  And let’s not even discuss healthcare!

With humor, intelligence and facts, Whippman’s compassionate and definitive research reads like a novel; she is fascinating, brilliant and …. Right on! One of the best reads on our national obsession with the non-reality of chasing happiness, America the Anxious is unputdownable! 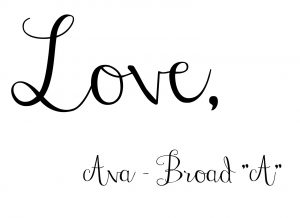