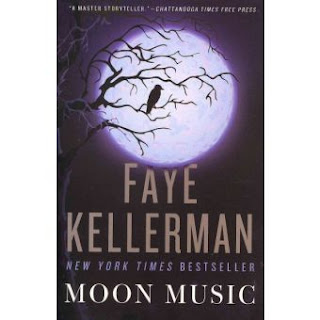 Detective Steve Jensen’s partner is Detective Sergeant Romulus Poe, part Paiute Indian, part Italian, part mongrel. Jensen is married to Poe’s childhood friend and first lover, Alison. And Alison’s mental issues and Jensen’s infidelity partner in their destructive marriage. Romulus understands destructive – he grew up with it. When Poe calls Steve into the desert on a gruesome homicide, they both stare hard at the victim – a woman with one half of her body with no skin, raked to shreds. And one eye is missing on the shredded side of the face. Jensen recognizes the corpse – a Las Vegas dancer/prostitute he has had sex with named Brittany Newell. Rom still loves Alison, and the partners sheer with animosity – Rom hates Steve for his open pants policy with anything that walks, and Jensen hates Rom because Alison knows Rom in ways that she will never know Steve. The tension in having to solve crimes together is solvent and real.

This murder resonates within Rom – the missing eye, the mutilated half face; he remembers a similar crime perpetrated 25 years ago when he was a child. The Bogeyman, who was never apprehended for the murder of two women. And Alison’s mother committed suicide at the same time the Bogeyman murdered the women. Rom wonders if the events are related.

The Bogeyman’s first victim was a young woman, Janet Doward, whose skin was also flayed with missing eyes. Very much like Brittany Newell in the present case. Another woman is murdered in a similar manner, and the link seems to be a big businessman named Lewiston, who used the women to pimp for him.

As Rom, his girlfriend and the coroner Rukmani, Steve and Fat Patty (another one of Rom’s detectives) trace the crimes, they keep returning to Alison’s mother, Linda Kennick. Linda is best remembered by old Chief Y, a Paiute who gambles incessantly, and who keeps Rom at a hand’s length at all times. Simultaneously, Rom’s brother Remus calls him and asks him to take care of their mother, as Remus cannot do so any longer. Emma has cancer. Rom agrees reluctantly to take care of her at least for now. Remus reminds him that he does not want to put Emma in a home, no matter how sick she gets.

As children, Rom and Remus did not grow. Out of desperation, Emma allowed them to be injected with growth hormones. Remus grew to a 7 foot giant, and Rom, who did not take the hormones as heavily as Remus, is a standard 5’8”. But Emma wonders if all the nuclear testing at the Nevada Test Site is at fault, for her cancer, her sons stunted growth and Linda and Alison’s mental instabilities. She tells Rom of the downwind theory, that they were all exposed when they lived in St. George, Utah and the radiation poured downwind into the Utah desert from Las Vegas.


Stunning, surreal, and pure Kellerman at her fantastical best, Moon Music swirls in and around its characters, who are damaged and fragile while maintaining a strength that carries the novel. The intricate weave of subplot after subplot creates a miasma of horror and illusion as the novel thrusts Rom and Alison into the maelstrom of the Nevada Test Site. I’d say one of Kellerman’s best. Moon Music swells and contracts like the cracked pavement under the intense heat of the Nevada sun. Simply superb. Simply Kellerman.

Moon Music is available in paperback at a bookstore near you.

Overall:  5Review by Broad “A” – AvaWe received a copy of this title for our book review. All opinions are our own.