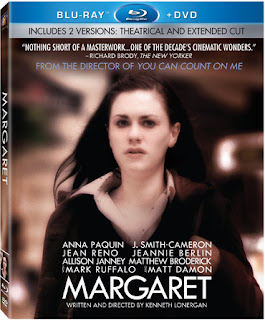 To know the story behind this movie really helps you appreciate everything that happens on screen.  I had heard about this film years ago.  For over 5 years (of editing) I’d eagerly awaited its release.  This movie has spent so much time in the editing room that there must be hundreds of variations of it floating in the director’s

Margaret centers on a 17-year-old New York City high-school student, named Lisa, who feels certain that she inadvertently played a role in a traffic accident that has claimed a woman’s life. In her attempts to set things right she meets with opposition at every step. Torn apart with frustration, she begins emotionally brutalizing her family, her friends, her teachers, and most of all, herself. She has been confronted quite unexpectedly with a basic truth: that her youthful ideals are on a collision course against the realities and compromises of the adult world. – IMDB

Ok, so was it a good movie?  I think I watched three good movies that were kind of smashed together.  At the same time it really felt like an old John Cassavettes’ film, always moving but at a slight angle.  The viewer really gets to traverse Lisa’s world in every way. 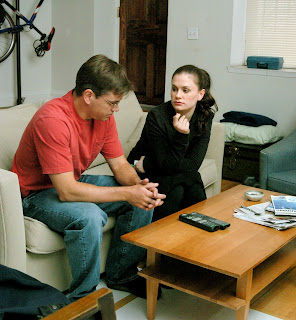 Not an easy film to get through, Margaret is actually quite labor intensive for the viewer.  The runtime is about 2.5 hours, and with the exception of a few scenes it is almost exclusively dialogue.  There are quite a few character-building scenes with Lisa in her element just doing her normal day-to-day things.
The scenes of emotional turmoil were especially difficult to watch, and Anna Paquin was amazing with the role.  She carried this film right along on her back for the most part.  Matt Damon, Mathew Brodrick, Jean Reno, and J Smith Cameron were there to take the weight and move the story from time to time. 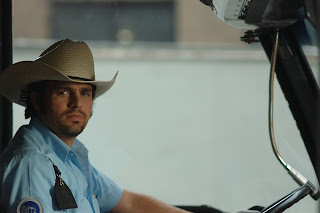 Overall, the film’s graphic (violent, sexual, emotional) nature really takes its toll on the viewer.  It beats you down for 2.5 hours; and is a lot to take in.  This film is not for everyone.  When I finished watching I did not know if I loved it or hated it, I complained to people that never heard of the flick but then went over how powerful and moving particular scenes are.   This one really is a tough call, so I’m not giving it a rating.  Margaret is a lot of things and to give it one finite rating would undercut the power of the film.  It’s just hard to digest.

will be available on July 10. Amazon is now accepting pre-orders.