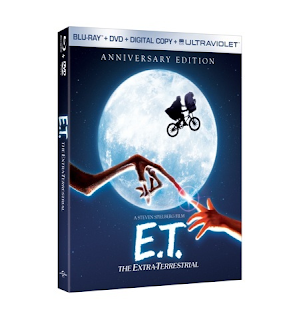 OMG, OMG, OMG – look what’s got the Bro’s and Broads in a tizzy! That’s right E.T. is coming out in Blu-Ray this coming October. As part of Universal Studios’ 100th anniversary, E.T. THE EXTRA-TERRESTRIAL comes to Blu-ray for the first time ever this October 2012 (street date to be announced soon) in celebration of the film’s 30th anniversary and features an all-new, digitally remastered picture that delivers six times the resolution of DVD and 7.1 surround sound.
« Health Reviews: SmartMune
DVD Reviews: The River: Season 1 »