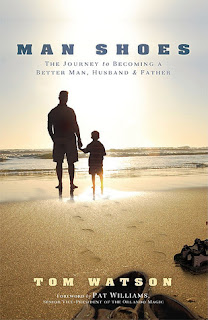 After 13 foster homes, Tom Watson found a home at the age of five with the elderly Watson family. Mr. and Mrs. Watson offered Tom a home, a faith and a place to heal.

Through his love of music, and the connections that it brought to other people, Tom Watson writes his story of overcoming adversity and loss in order to embrace life, as a husband, father and entrepreneur. Tom’s is a personal story, full of feeling, introspection and human pain. Although Tom describes the horrors of his early foster homes, he never accuses or judges, making his story one of learning and teaching. He also speaks in the third person – “bad Tommy” – was punished through physical, mental and emotional abuse from the age of 3-4. He arrived at the Watsons an emotional time bomb. And yet the right family had chosen him – at last.

Tom lived with Mr. and Mrs. Watson, a couple in their late fifties, a preacher and a teacher, for thirteen years in the northwestern region of the province of Alberta. As Tom describes the stability and structure that he needed so badly, he voices his love and appreciation for all that the Watsons gave to him. We also read in between the lines, and see what Tom gave back to the Watsons.

As Tom continues to speak of his life in a third person voice at time, I found myself a tad distanced; as if he and I were both observing his triumphs and losses. As Tom’s beloved first wife dies, as his four year old son Bradley tells Tom not to die, he needs him, as Tom rises out of depression and finds his second wife Kathy – we follow a story grounded in Tom’s faith in humanity and God.

An absorbing and triumphant story of one man’s journey through a life he reclaims with passion, Man Shoes is touching and viable. Tom’s story encourages the human spirit and shares his great fear and anxieties in a manner that we all can empathize with, for we have experienced the same. As Tom tries hard to become the best person that he can be, he teaches us to do the same.

is available from Amazon.com and other bookstores.

Review by Broad “A” – Ava We received a copy of this title for our book review. All opinions are our own.