You are here: Home / Fun / Guest Post: The Boy Who Loved Batman 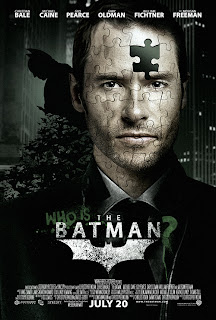 Excitement about the newest Batman movie, “The Dark Knight Rises,” is already revved up for its July 20th premiere. Details about the Warner Brothers film starring Christian Bale as Batman and Anne Hathaway as Catwoman are cloaked in secrecy. But executive producer and diehard Batman fan Michael Uslan knows a Dark Knight thing or two that may surprise you.
“I grew up immersed in comics. I loved them all. My hands-down favorite, though – then and now – is Batman,” says Uslan, who wrote about his comic obsession in his new memoir, THE BOY WHO LOVED BATMAN, available in bookstores and on Amazon.com

.
“I knew every detail. I was the kid who wrote to the comic book publishers when they got something wrong, like the date on the giant penny on display in The Bat-Cave’s Hall of Trophies,” he says. “That’s a fact a true Batman fan never forgets so, of course, I can fill a book with those details. And I did!”
For Dark Knight fans, counting down the days till their hero once again comes to life, Uslan offers these little-known nuggets sure to impress your friends. • Bruce Wayne’s murdered father, Dr. Thomas Wayne, was actually the first Batman. He created a Batman costume to wear to a party when Bruce was a child. Bruce realized many years later that this vision of his father dressed as a “Bat-Man” subconsciously influenced him in the creation of his own name and guise.
• Before shortened to “The Dark Knight,” Batman was first referred to as “The Darkknight Detective.”
• Bruce Wayne was engaged to Julie Madison (1939) and Linda Page (1941) before World War II.
• Before she was known as The Catwoman, Selina Kyle was referred to as simply “The Cat.”
• Alfred Pennyworth was a member of the OSS in World War II (which was the forerunner to the CIA), operating in occupied France. When first introduced in the comic books, he was quite rotund, a far cry from the slimmed-down version most fans recognize. And originally, his last name was Beagle, mystically changed to Pennyworth later on.

Uslan is the man credited with the vision of bringing Batman to life in a realistic movie portrayal and originating the dark and serious Batman movie franchise. Its success was ensured by the genius of Christopher Nolan, Tim Burton and Anton Furst, whom Uslan says deserve all the accolades and credit.
Dark and serious Batman movies portraying The Batman as a creature of the night, as he was created in 1939 by Bob Kane with Bill Finger, has been Uslan’s mission since childhood, a story that unfolds in THE BOY WHO LOVED BATMAN.
“I was a New Jersey kid growing up as the son of a working-class stone mason,” he says. “We weren’t rich, but I always had big dreams. I drew my inspiration from comic books, and my favorite character was Batman.”
“Batman was accessible. To be Superman, you had to come from Krypton, but Batman was just a man. He made himself the strongest, the smartest, the best detective. His greatest super-power was simply his humanity. As a kid, I found one dream to hold above all others: to make a movie that would make people take Batman seriously, that would make people see in him the same thing I saw – the inspiration to be anything you dreamed you could be.”
About Michael Uslan
Michael Uslan, (www.theuslancompany.com), is the executive producer, along with his partner Benjamin Melniker, of the Batman franchise of motion pictures. In his 36 years in the film and television industry, he has been involved with such projects as “National Treasure,” “Constantine,” and countless animated projects. His projects have won Oscars, Golden Globes and Emmy Awards. He recently formed a motion picture development and production consulting company called The Uslan Company, LLC.
« DVD Reviews: In Time
DVD Reviews: Game of Thrones »