You are here: Home / Fun / Coming Soon: Marvel The Avengers 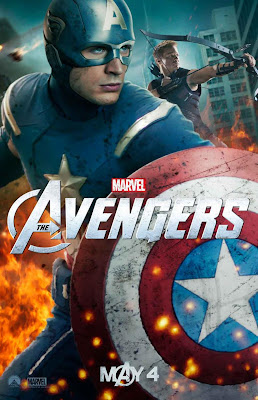 While Broad A and Broad Z sip their tea with white gloves on, this Bro’ will be standing in line for tickets on May 4th for the opening of the much awaited Marvel’s the Avengers flick. What do those girl’s (ahem – and I use that term loosely) know? This is the greatest assembly of superheroes in the world and it’s destined to be a jam packed adventure of fun.

Super Heroes team up to pull the world back from the brink of disaster when an unexpected enemy threatens global security.

Come on ladies – get with it. I know that every guy and every KID wants to see Nick Fury pull his team together once again. I mean we get to spend a few hours with Marvel Super Heroes Iron Man, The Incredible Hulk, Thor, Captain America, Hawkeye and the Black Widow – plus eat popcorn in the dark.

After a top secret Super-Soldier program transformed frail Steve Rogers (Chris Evans) into the powerful and heroic Captain America, his amazing WWII exploits made him a living legend.  Steve saved New York City and turned the tide of the war, but crashed into the Arctic during his final mission.  Awakening in the modern day, Steve learned that he had spent decades frozen in the icy tundra.  Now, Steve Rogers finds himself alone in a modern world that he hardly recognizes. When Nick Fury (Samuel L. Jackson), director of the international peacekeeping agency S.H.I.E.L.D., calls on Rogers to help save the world again, he quickly suits up as Captain America, taking up his iconic shield and bringing his strength, leadership and no-nonsense attitude to The Avengers.

Of course we’ve got some hot behind the scenes photos taken while on set just for YOU, and while A & Z think about getting a manicure – these SuperHeroes are getting some Super DIRT under their nails. 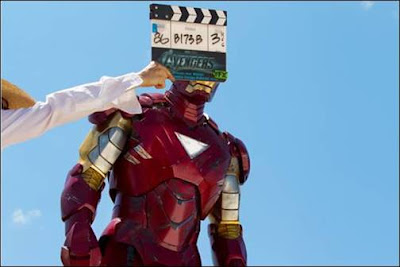 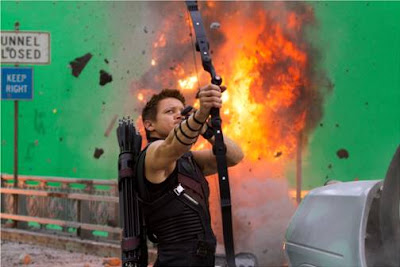 Want more about Marvel’s the Avengers?