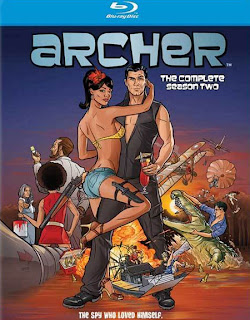 If you’ve ever wondered what would happen if Sir Ian Flemming, Larry Flynt and Mad Magazine decided to GET SMART and see if audiences would be shaken, and stirred after a half hour of laughing over entirely inappropriately placed mommy fetishes, violence, vapid vixens, a past love you can’t forget, doggie-phobia, drinking, using people for your own narcissistic means, sex, torture, Tax dollars wasted on whore island. It’s not a MISSION IMPOSSIBLE. If you’re looking for intelligent, intellectual viewing try the history channel. This show is not for you. But I have to say it’s been a long time since I’ve actually laughed out loud viewing a television show. In fact I don’t watch television because of the lack of ethnic representation and the misrepresentation. But this show is obviously not meant to be sophisticated viewing. Even the off color racial and interracial jokes are not racist or disrespectful but in fact funny. This show kills me. I literally spend the entire run time belly laughing. That does not happen very often.

Archer’s first season took some time to find its stride, but season two starts strong and rarely lets up. In the premiere episode, “Swiss Miss,” the ISIS crew is tasked with protecting a buxom, sixteen-going-on-seventeen German heiress and would-be Lolita. In rare form, the sex-obsessed Archer resists temptation, but his fellow field agents keep discovering him in compromising positions with the endangered underage maiden, who tantalizingly reminds him that in Germany, the age of consent is fourteen. “What is it,” Archer replies, “the Alabama of Europe?” Just two episodes later, in “Blood Test,” Archer’s past sexual indiscretions come back to haunt him when his “favorite hooker” gives birth to a child–Wee Baby Seamus– that she claims is his.

Like the best office satires, Archer thrives on zingy workplace banter, ridiculous situations, and well-written characters, and it has all three in spades. The show is amazing including the visuals and the voice acting. Everything here is spot on. Unfortunately here the special features leave something to be desired.

Honestly, this may be my favorite comedy show currently running. If you have a sense of humor that is sick and twisted pick up a copy of the Blu- Ray now you will not be disappointed.