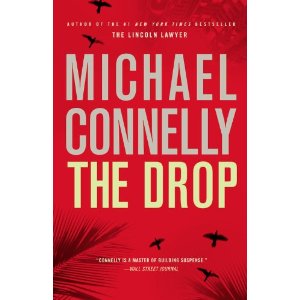 Harry is at a crossroad. He has three years until he has to retire from the LAPD. He’s raising his beloved daughter, Maddie, 15, who wants to follow in her father’s footsteps. He’s transferred from Homicide to the LAPD Open-Unsolved Unit, where he is handed one cold case and another current case with high political overtones  Councilman Irvin Irving’s son, George Thomas Irving has either jumped or been pushed from the 7th floor of the Chateau Marmont, an elegant Hollywood estate hotel. As Lieutenant Gail Duvall calls Harry into her office, he knows the news is bad – Harry and Councilman Irving are enemies. But, the Councilman demands that Harry head the case.

The simultaneous cold call case involves a 21 year old sexual predator. Harry and David Chu, his newest partner are stymied. The girl he supposedly raped and killed, in 1989 was named Lily Price. DNA shows that now 21 year old Clayton Pell’s blood was present on her body. Pell is now on parole, but Harry and Chu and the two other detectives on the case – Schuler and Dolan, are stymied. In 1989, Clayton Pell was 8 years old.

Kizmin (Kiz) Rider, Harry’s old partner, is now a lieutenant assigned to the OCP – Office of the Chief of Police. Kiz requests to be advised of every step on the highly political Irving case. Councilman Irving is hated by the OPC – and the LAPD in general. An ex-detective, Irving was forced unfairly out of the LAPD, was elected as a Councilman, and had done everything in his power to get his revenge, including pulling all police overtime. Harry and Kiz are still close, and Harry agrees to keep her informed. But, why does Countilman Irving want Harry to head the case?

As Harry and Chu work the two cases, Chu becomes enraged that Harry won’t include him in every decision., and he betrays Harry and sabotages the Irving investigation in the worst way.

And then there’s Dr. Hannah Stone, Clayton Pell’s therapist, who does not believe people are evil. Dr. Stone and Harry start a relationship and…

As Harry discovers several betrayals, his own partner David Chu and his ex-partner Kiz Rider, he realizes that he was manipulated and used. He closes both cases – but stands, pondering, a wiser man. Will he stay on for his last three years with the LAPD? Only Michael Connelly knows!


Gripping, edge of the chair crime drama, who’s better than Harry Bosch? If everybody doesn’t count, no one counts, says Harry – and the man with a conscience scores a 5 out of 5 in one of Connelly’s best (if possible)!

is available at bookstores, Kindle, etc.