You are here: Home / Fun / Books / Book Reviews: Into My Father’s Wake 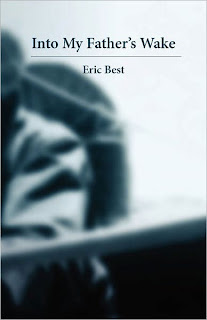 Eric Best, in the throes of divorce, purchases Feo, a 47 foot steel hulled ketch and sails a solo 5,000 miles into the Pacific, reaching Hawaii and returning home to San Francisco. Within the parameters of the sail, Best hopes to assuage his personal fears, and psychological demons from childhood. He seeks to put his powerful, narcissistic father to rest – and to claim himself as well as his journey into solitude and danger. But he has never even sailed the ocean before, his only experience at the hands of his father and their sailing experiences in Maine when he was a child and later at 12. In fact, he thinks that solitude remains his biggest fear, and he seeks an answer to the critical, despising voices inside his head by facing that fear head on.

There are great moments in the style of Thor Heyerdahl’s balsa raft trip to the Easter Islands caught within Best’s prose – and there are moments of great self indulgence. Why Best would decide to take this journey as his marriage shatters apart, and leave his 5 year old daughter Emily at the time she needs him most, smacks of some narcissism on Best’s part also. However, we have to forgive him, as he strives to become one with Feo, the ocean and himself. And like Feo, Best sometimes sits in the doldrums of his emotional turmoil. However, as Best recalls snatches of conversations with his therapist, Brody, and snippets of Zen like thoughts from Joe, his many recurring nightmares and dreams, and a childhood filled with instances of rage and beatings from a narcissistic father and submissive mother, he valiantly attempts to find himself and to connect with himself.


Best’s prose caresses the ocean and crashes against its fury and enters into its calms. His writing improves with each start and stutter of Feo’s beleaguered engine, and the voyage proves his courage and proficiency in language and navigational skills. Does Best convincingly chase the demons of his youth and truly come to forgive his father, and himself? I did not think so, although he gives it a tremendous best shot. For forgiveness comes and goes, like the giant waves against the calm. And since this is a lifetime journey, I believe Best processes not only the two journeys, but shows tremendous courage in both.

A thoroughly fascinating voyage for sailors and non-sailors alike, a Captain Ahab chasing the great white whale of the id, thrown against an ordinary man doing the best that he can, this novel screams “read me” from page one. With a tad of Rollo May, and a sprinkling of Viktor Frankl, Best’s intelligence, his talented writing style, and his very real demons of the sea as well as the psyche, create a non-stoppable entourage into one man’s journey.

With all the fury of the sound of the waves, the very real essence of Feo caught on page, and with all the dilemmas and faults of a human being trying to connect to others, I could not put it down.

is available in Paperback