You are here: Home / Fun / Books / Addition/Retraction: The Matchmaker of Kenmare 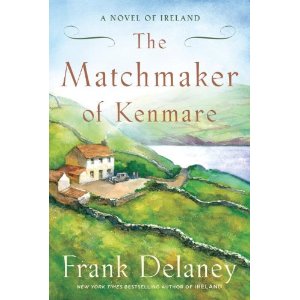 Review Retraction/Addition – The Matchmaker of Kenmare
Author: Frank Delaney
I have never done this before, but I have to apologize to Mr. Delaney and to my readers.  I had intended to revise my review before it went up, but since I have already posted it, I would like to retrace paragraph three and put the following in its place.
As I rethought my critique about the character of Ben in The Matchmaker of Kenmare, I realized Frank Delany had been totally true to his character.
Throughout the novel, Ben keeps behind his barrier of observation, with bouts of violence that he does not understand.  The metaphor – Ben stands for his beloved, and neutral Ireland – is brilliant.  Ben cannot initiate contact or interact with Venetia or his children, as he is the traveling scholar, a collector of myth and erudition.  He has defined himself as an observer, and as such his soul cannot reach into the emotional turmoil of reality.  He also cannot embrace Kate after she, as expected, chooses to take care of Charles.  In order to remain neutral, he must remain behind a door that he chooses not to open, and therefore disavow the his own hidden violence and emotion.
This character represents the neutral Ireland, a land where Eire and Northern Ireland battle within itself with great passion and violence, and yet, which shuns entry into the fray of the two warring countries, England and Germany.  Ireland’s ambiguity mirrors Ben’s.
This novel is poetic and thematic genius.  Mr. Delaney courts us with the same genius as Joyce or Walt Whitman.  I have put this novel on my shelf beside “The Dubliners”, “Portrait of an Artist” and “Leaves of Grass.”  There is not an author writing today that can stand beside Mr. Delaney.  My deepest apologies to both readers and Mr. Delaney for misunderstanding the metaphor and the message.