You are here: Home / Fun / DVD Reviews: The Last Song 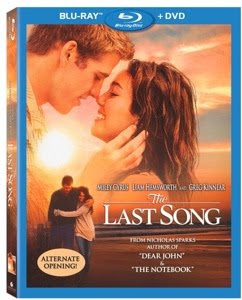 I had a running bet for this movie, but more on that in just a moment. I had never seen a Nicholas Sparks adaptation, and I heard that it makes anyone cry.  So, I was bet by one of my coworkers that I would turn on the waterworks.  That’s right I skipped the Notebook, Walk to Remember, and Message in a Bottle.  I usually don’t skip anything but some how these films just didn’t seem to appeal to me.  But, I hate losing so I popped it in, and immediately on the inside I started crying. And then Greg Kinnear showed up.

The film opens with Miley Cyrus as a new kid in town, in that “Rebel Without A Cause” outsider type of way. Ronnie (Cyrus), James Dean without the leather jacket (because it’s cruel) or the mumbles (or the affair with Sal Mineo). However, she does  keep the daddy  issues, a seventeen-year-old fight that left her not speaking to her dad, Steve (Kinnear), or lay a finger on a piano key (oh yes I forgot to say that she is a piano prodigy).   Ronnie and her younger brother, Jonah (Coleman), go to spend the summer with their father. Things go to hell obviously, and Miley acts like ass to her father.  Then the trifecta arrives – a budding romance with the hunk of the week (some Channing Tatum lookalike), some sea turtle eggs that need protecting, and (start the tap) daddy has cancer. Tears and torn emotions start now. 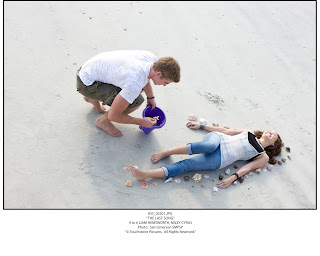 This film was not nearly as bad as expected, it was kind of good. Greg Kinnear was fantastic.  He underplayed each moment and every beat so well that I was right there with him.  He played the film with so
much restraint that everyone around him looked like they were acting in a soap opera.  That being said people were not given all that much to work with.  Miley was okay for her second outing in feature films (although I did enjoy the Hannah Montana film much more).  Coleman was okay as the little brother that stuck by his father’s every word. Actually he performed pretty damn good for the dozen or so scenes that he was in or at least vocalized in.   Oh, how can I forget the hunk from the Channing Tatum School of acting.  I still think Tatum has some talent behind him (see A Guide to Recognizing your Saints

) but this kid certainly does not.

So the question was this film good?  Answering this statement is tough.  I think we have a more “it was what it was” type situation. The blu-ray quality was great it was clean looking.

Maybe the special features would clear some of this up?

The director and producer’s commentary track was nice for fans of the film but had me yawning after about 20 minutes.

The alternate opening was fantastic and was much more preferred by this review than the actual opening scene.

The deleted scenes were all cut for good reason.

The set tour from Bobby Coleman was fun but really is nothing more than an 11 year old interviewing the craft service people.

Then there is a music video and the making of this video both of which did not excite me very much.

So back to the question was this film good?  Yes and no. If I were part of the target audience I would have loved this film, and by all means I did enjoy some of this film.  I would watch it again with a tween family member.  I however won the bet and did not cry during the film although Kinnear’s expert acting did get me very close.

is available for purchase on DVD and Blu-Ray

at Amazon.com and your local DVD retailer.

Overall: 2 big pots of tears out of 5

We received a copy of this movie for our Blu-Ray review. We were in no way compensated for this post, and all opinions are strictly our own.